Leverage the 3 Planes of Motion 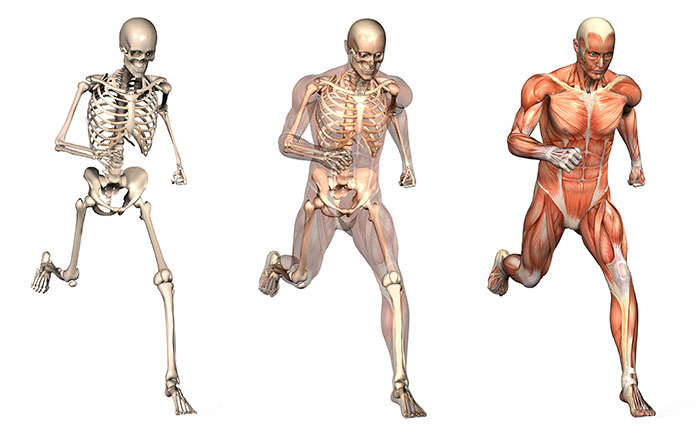 At the Gray Institute one of the core principles of Applied Functional Science® (AFS) is 3D. Not many would deny that we live in a three-dimensional world and that we execute movements in three-dimensional space.  However a PRINCIPLE (truth) of Human Movement must lead to examination and training STRATEGIES.  The STRATEGIES that come from the 3D PRINCIPLE will be the same whether the goal is improved function, injury prevention, or rehabilitation.

Strategies are often derived from more than one Principle.  To generate concrete examples for using 3 planes of motions to enhance functional movement, the 3D Principle can be combined with the Success Principle to create 3D Success Strategies.

The first requirement is to determine in which plane(s) does the patient / client demonstrate movement success.  The 3D Movement Analysis and Performance System (3DMAPS) has been designed to determine this effectively and efficiently.  The client’s “Relative Success” during global movements in both directions in each of the three planes is determined.  Once we know where our client has success using 3DMAPS and other analysis movements, STRATEGIES based on PRINCIPLES provide a path for creating more success.

The Principle of 3-D tells us that if we create one motion you get all three. It is not possible to an entirely separate any of the planes of motion. So although we might emphasize a particular plane there will almost always be some amount of motion in the other two planes occurring simultaneously. We want to leverage this fact or truth of function when we design our strategies.

One example of utilizing success to get more success is to start moving in the successful plane of motion and then gradually tweak the direction of movement towards those planes that are not as successful.  This strategy is a great way to restore absent motion in one plane.

EXAMPLE: In 3DMAPS, it was determined that right hip extension was successful, but right hip abduction was not.

STRATEGY: Start with a left foot anterior lung to create the successful extension of the right hip.

TWEAK: Gradually change the angle of the lunge towards the left, allowing the client to demonstrate successful movement (mobility) and control of the movement (stability)

SUCCCESS: As the angle of the left foot lunge progresses to the left, the motion in the right hip transitions from primarily extension to primarily abduction.

Another strategy based on the Success and 3D Principles is to use a movement in all 3 planes to create success and then tweak out two of the planes.  The goal is to take a motion in a single plane that is not successful and make it successful.  This strategy is particularly effective when there is muscle weakness that manifests as poor control of a motion.

EXAMPLE: In 3DMAPS, it was determined that the control of right hip flexion was poor.

STRATEGY: Use all three motions that activate the posterior-lateral gluteal muscles (flexion, adduction, and internal rotation).  Standing on the right leg, use the left hand to reach forward, down, and to the right (right anterior-lateral) creating all 3 motions, which will provide enough muscle power to control the motion successfully.

TWEAK: Gradually tweak the angle of the left hand reach towards the straight anterior direction.  Then add the right hand to the reach to the left hand.

SUCCESS: As the angle of the hand reach changes, the client will be demonstrating the ability to control the motion that increasingly emphasizes flexion in the sagittal plane.   Adding the right hand further reduces the contributions from the other planes and emphasizes the hip flexion.

The strategies outlined above are two simple examples of tweaking only one variable (angle) to create success.  The Certification in Applied Functional Science® (CAFS) and the Performance component of 3DMAPS can empower you with the STRATEGIES to leverage SUCCESS into more SUCCESS.